A LIMERICK chef who sold drugs through Snapchat when the hospitality industry went into Covid lockdown has been given  two and half year suspended prison sentence.

Declan Breach, 25, of Dromroe, Rhebogue pleaded guilty to possession of cannabis, worth €5,039, for sale or supply, at Upper Gerald Griffin Street, Limerick City, on October 23, 2020.

They found 256.997 grams of cannabis in clear plastic wrapping and jars.

Breach initially “did a runner” but later handed himself over to Gardaí and admitted the offence.

He advertised the drugs on the Snapchat page and his customers would text him what they required.

Following his arrest, Breach agreed with Gardai that he was “selling cannabis in an organised way in considerable amounts to feed his own drugs habit and to make a profit”, explained Mr O’Sullivan.

Breach told Gardai he had over a few hundred followers on the Snapchat account.

When asked by Judge Tom O’Donnell if it was common for people to buy and sell drugs through social media channels, Garda Murray replied, “it would be judge, not just on Snapchat though, but on multiple media platforms”.

Breach had 25 previous convictions, including for criminal damage, burglary, as well as one offence under the drugs act, for possession of MDA (Methylenedioxyamphetmaine), a psychedelic drug.

Breach’s barrister, Eimear Carey BL, said he was a qualified chef and has worked most of his life but had developed a significant drug habit after suffering “a difficult upbringing”.

“He began abusing drugs at the age of 12, using cannabis, cocaine, tablets, and he has struggled with it over the years”.

“He was not working in the hospitality industry during Covid and he took it upon himself to set up this business to make extra money.”

“He has worked in a number of premises in Limerick, to chef de partie status, however he has been on sick leave since August 2021.”

“He accepts what he has been doing was wrong. He has suffered with his mental health  since 2019 and is taking prescribed medication for anxiety and depression which wouldn’t have been helped by his cannabis use.”

He has participated in a number of residential addiction programmes and is now almost drug free.

“He’s not attempting to say he’s the best boy in the class, but he is down to minimal cannabis use and he does not use cocaine anymore”, said Ms Carey.

She provided the court with a letter of apology from Breach, and she told the judge: “He’s asking for a chance, he has worked extremely hard to rehabilitate himself.”

Judge O’Donnell said it was a serious matter and that Breach had had regular customers.

“It was a sophisticated operation, and doing a runner didn’t help either. He eventually took responsibility for all the items of drug paraphernalia found at the scene, yet he has significant culpability.”

He also noted Breach had encountered a history of challenges in his life and “at times, he has made wrong decisions, which have landed him in trouble”.

“You’re in a hair’s breath of going to prison. I don’t want to see you back here. It’s your choice,” he told Breach. 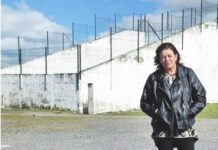