THE organs of two babies born at University Maternity Hospital Limerick in 2019 were sent for incineration to Belgium without the knowledge of their parents.

According to the RTÉ Investigates news team, the revelation that the organs of the two infants born at UMHL were sent for disposal in Antwerp emerged following a review undertaken late last year.

One of the two cases connected to UMHL relates to a family whose baby son’s brain was incinerated alongside surgical waste in Belgium in April 2021.

The family of the baby boy, who died in early 2019, had agreed to a post-mortem to try and understand what had happened and gave permission for the organs to be retained, if necessary.

However, their post-mortem consent form states that, if any organs were retained, the hospital would sensitively dispose of them on their behalf. That disposal was to happen in accordance with hospital policy, which was by cremation or burial only.

However, in April 2022, the family received an unexpected call from University Maternity Hospital Limerick requesting a meeting, during which they were told by senior staff that their baby son’s brain had been retained and was incinerated alongside surgical waste.

In recent days, the hospital confirmed to the family that the incineration took place in Belgium and happened on one of two dates in April 2021.

“It all feels like a nightmare,” the baby’s mother, who did not wish to be named, told RTÉ Investigates.

“I can’t believe this is happening to us when we thought our baby son was at peace. When I go up to his little grave now, I feel like he’s not there anymore.”

The woman discovered she was pregnant again in January 2021 and she again attended University Maternity Hospital Limerick.

“To think, when I was pregnant with my little girl, my baby boy’s brain was still sitting somewhere without me knowing. And especially the fact that I was in the hospital every two weeks for check-ups, and nobody ever told us anything.

“It’s so frustrating. I’ve been referred to a psychologist because I feel like I’ve been going out of my mind at times with anger.”

HSE standards state that when organs are retained at post-mortem for further examination, hospitals should support the next of kin in one of two ways – by facilitating the return of the organs to the family or arranging their sensitive disposal on behalf of the family by burial or cremation only.

A spokesman for the University Hospitals Group confirmed that the actions of the regional maternity hospital did not comply with national standards on sensitive disposal of retained organs.

“In recent weeks we have met with two bereaved families to outline and apologise for our non-compliance with the national standards on sensitive disposal of retained organs. Both cases concern babies delivered at University Maternity Hospital Limerick in 2019,” the spokesman explained.

“This follows a review undertaken in late 2021 of our compliance with the HSE’s National Standards and Recommended Practices for Post Mortem Examinations 2012.

“The hospital recognises the development has been a traumatic experience for both families which can only have compounded their grief.

“We are sincerely sorry that this has occurred and for the distress it has caused them. Ongoing support is being provided to both families through our Patient Advocacy and Liaison Services.”

“We can confirm that since October 2021 we have been in compliance with the sensitive disposal arrangements under the national standards,” the spokesman concluded. 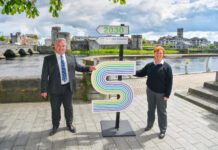