Home Sport Hockey “We’ll need to be on our A game”: Róisín Upton on Ireland’s...

The Irish women’s hockey team will take on the Czech Republic, Poland, and Turkey in three crucial qualifying games from August 18 to 21.

These clashes will be the first capped games for the Green Army on Irish soil since the 2019 Olympic qualifiers, and will take place in the Sports Ireland Campus, Dublin.

The fixtures will decide who gets a place in 2023’s European Championships. Success in the Euros offers teams direct qualification to the Olympics.

Speaking to the Limerick Post, Róisín Upton, Limerick native and Irish vice-captain, revealed the team’s excitement to play in front of the home crowd.

“We love getting the opportunity to play in front of a loud and proud Irish crowd. It’s extra special having family and friends there,” the Limerick hockey star said.

Over 1,200 seats have been installed at the venue, in addition to a fan village and children’s skill zone which will add to a buzzing atmosphere.

Upton also commented on the quality of teams her side has blocking their path.

“We play countries we haven’t faced in a while, with Poland ranked 23rd, Czech Republic ranked 27th, and Turkey ranked 33rd in the world, so we’ll need to be on our A game.”

The Irish side are vigorously preparing themselves for the challenge that lays ahead, she says.

“We’re really focusing on ourselves and being defensively sound and clinical with the opportunities we create.”

Forward Naomi Carrol, from Cratloe Co Clare, has also been selected in the 23-player squad to decide the Irish teams plans for August 2023. 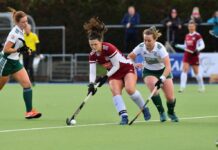 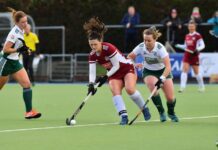 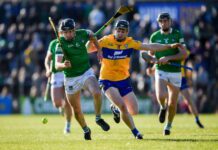 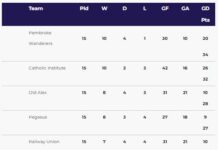 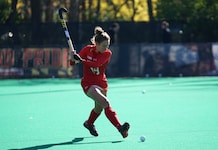 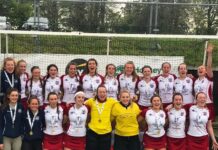 Catholic Institute move up the table with dominant win over Muckross