A LIMERICK man who died after being assaulted in County Kildare last weekend is to be laid to rest in his native Kilmallock this Sunday.

Dylan McCarthy, (29), was attacked while celebrating the birth of a baby with family and friends at a pub in Monasterevin last Sunday.

His remains will repose from 5pm tomorrow (Saturday) at Daffy’s Funeral Home, Kilmallock, followed by evening prayers at 7.30pm. Burial will be at Dromin Cemetery, following Mass in St Peter and Paul’s Church, Kilmallock at 4pm.

Mr McCarthy passed away last Monday at Tallaght University Hospital and his father Eamonn was being treated in hospital for non-life threatening injuries which he sustained in the incident.

Heaving harvested CCTV footage from security cameras in the pub and surrounding area, Gardaí have identified five suspects from the Kildare area, but no arrests have yet been made.

Kilmallock Parish Priest Fr Chris O’Donnell said the locality was under a “cloud of awful sadness”.

Mr McCarthy had lined out for Kilmallock GAA Club which paid tribute to him as an “absolute gentleman”.

In an online book of condolences, a Monasterevin family wrote: “Deepest sympathies to Dylan’s mam, dad, sister and extended family on the sad and very tragic passing of Dylan.Ashamed and angry that something so unnecessary and vile has happened in our town.”

Dylan McCarthy is survived by his parents Eamonn and Marita; his partner Aoife Talty; and sister Orla, 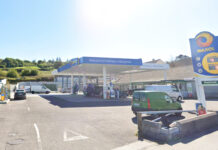 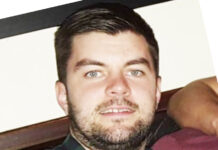