The family of Limerick businessman Jason Corbett (39), who was killed by his wife and father-in-law, were left distraught as a North Carolina judge confirmed his killers will not face a retrial for another 10 months, the Irish Independent reported.

Mr Corbett’s daughter Sarah (16) held back tears as she and her guardian – her aunt Tracey Corbett-Lynch and her husband David Lynch – sat just metres from her stepmother and step-grandfather Molly and Tom Martens, who were released from North Carolina prisons last year after successfully appealing against their 2017 second-degree murder convictions.

Sarah Corbett who, along with her older bother Jack, was in the US when their father killed by the Martens, travelled with her aunt and uncle-in-law from Limerick to Lexington, North Carolina, for the hearing.

The retrial is expected to begin with jury selection commencing on June 26 next year. Under North Carolina law, criminal convictions require an unanimous jury verdict.

According to Mr Rigel, the Corbetts appeared distraught as Judge Hall said it was impossible to stage the retrial any earlier than June 2023.

Judge Hall said the delay was due to a Covid bottleneck of cases on the court services trials list.

The US father and daughter had served just over three and a half years of their original 20-25 year prison terms.

They have insisted that they acted entirely in self-defence.

Mr Corbett’s family had expressed concerns that a lengthy delay in staging the retrial could jeopardise Mr Corbett’s two children, Jack (18) and Sarah (16), in their studies for their Leaving Certificate exams.

While Jack is due to sit his Leaving Certificate exams next summer, Sarah is presently awaiting the results of her Junior Cert exams last summer.

Both children marked their birthdays over the past few days.

The Martens’ 2017 trial heard allegations that an attempt had been made to drug Mr Corbett, that he was beaten even after he was dead, and that the Martens had no self-defence marks on their bodies.

The retrial is expected to last for up to seven weeks. 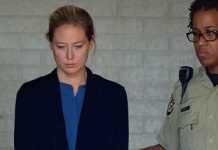