THERE was a sombre atmosphere at County Hall last Monday as a minute’s silence was observed to remember the ten people who lost their lives in the Creeslough service station explosion last Friday.

Chairperson of the Economic Development, Enterprise and Planning SPC (Strategic Policy Committee), and Donegal native, Cllr Bridie Collins fought back tears at Monday’s meeting as she spoke of the tragedy.

Cllr Collins was visibly moved as she told council members how the people of Donegal have never been closer to her heart than they were at this moment in time.

The funerals of the blast victims got underway this week as the close-knit community of about 400 people still came to terms with the unprecedented scale of loss in the County Donegal village.

Meanwhile, councillors in Limerick took a poignant moment at the start of Monday’s meeting to remember those who died and to extend their sympathy to the families and local community.

Fine Gael councillor Liam Galvin pointed out that the tragedy had affected every single person on the island of Ireland.

He also paid special tribute to the first responders, emergency services, and local community in Donegal for doing the country proud in their efforts following the explosion.

“I was in a service station at the weekend and the thought struck me, that what happened in Creeslough, could have been any of us. What happened is just unthinkable,” Cllr Galvin said.

“What happened just beggars belief. There are difficult weeks and months ahead.”

Councillors also took the opportunity to remember late colleague Cllr Jerry O’Dea, who died suddenly in June this year at the age of 55.

In the first meeting of the Economic Development SPC since his passing, he was remembered for his huge contribution to the committee. 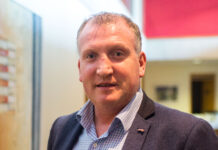 Limerick TDs urged to find their voice on land tax