A COUNTY Limerick couple, who admitted charges relating to the theft of an 83-year old man’s life savings, were given custodial and suspended sentences at Limerick Circuit Criminal Court today.

The victim, who had saved €50,000 after working all his life, was left traumatised after the money was stolen by Michael Mullane (36), and held by his partner Suzanne Stokes, (35) from Liosan, Gortboy.

Mullane, who had 66 previous convictions including for theft, was jailed for four years with the final 12 months suspended, provided he does not reoffend in the first year of his release.

Stokes was given a two-year suspected sentence with liberty for the courts to activate the sentence if she reoffends within the next two years.

Imposing the sentences, Judge Catherine Staines said the defendants “took advantage of a very vulnerable man and extracted his life savings for which he had worked hard for all his life”.

The couple pleaded guilty to six charges under the Criminal Justice (Theft and Fraud Offences) Act 2001, just moments after a jury was sworn in to hear the case last February.

He also pleaded guilty to two counts of attempting to commit theft from the victim at an unknown location in March 2018, and at Garbally, Kilmeedy, County Limerick on April 18, 2019.

Defence counsel, Mark Nicholas, said Mullane had made “significant efforts” to pay the victim back his money. 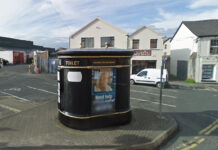 €3.80 to spend a penny in County Limerick public toilet 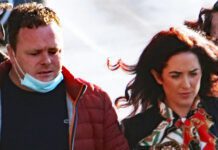