PAEDOPHILE Timmy Duggan’s nefarious lust for children was exposed while was hiding in plain sight and working at a Limerick supermarket.

Duggan, originally from Moyvane, Listowel, but with an address at Mountain Lodge, Annagh, Tralee, was renting a room in a house a short walk from Limerick city centre, and was regarded as a helpful, charming, popular young man, by a wide circle of friends and colleagues.

In April of 2016, he began grooming two Limerick girls, aged 10 and 11, who frequented the supermarket. To gain their trust, Duggan, who was then aged 30, often let them off without paying the full amount for sweets and chewing gum.

The girls asked the four-time Kerry badminton champion if he was on Snapchat, he said he was using the name “TimmyDug”, and they added him as a “friend” to their social media accounts.

Duggan began asking the girls for naked photos, and he tried to engage them in inappropriate text conversations.

The girls’ parents became aware of Duggan’s interactions with them and immediately complained him to Gardaí and to management at the supermarket.

The parents made statements to the Gardaí outlining their concerns and the girls met specialist Garda interviewers who asked them age-appropriate questions about their interactions with Duggan.

Duggan resigned from the store and voluntarily attended Mayorstone Garda Station, handed over his mobile phone, laptop, and gave Gardaí access to his social media accounts.

During voluntary interviews with Gardaí attached to the Limerick Protective Services Unit – which investigates sex offences against children – Duggan initially accused the girls of lying about the nature of their interactions.

Eventually he admitted grooming the girls in order to get them to send him explicit nude photographs.

On a day he sought intimate photographs of the girls, Duggan had also crawled the internet searching for children’s “dare” games.

He asked the girls to keep these interactions secret, telling Gardaí, “I like truth or dare”.

He also admitted “reading sex literature” where “one of the stories had a mother touching a child”.

The girls’ parents told Gardai they had been monitoring their mobile phones and had previously spoken to their daughters about the dangers of the online world.

Despite their interactions with Duggan, the two girls always maintained a physical distance from him. When Duggan asked one of them to “flash me your nipple” she ended the conversation, telling him “never ask me that question again”.

Despite being rumbled in Limerick, Duggan went on to target other children in is native County Kerry.

He groomed women online and persuaded them to make sexually explicit images of their children and send the material to him, for money.

He paid the mother of a seven year old girl to allow him to shower the girl, before he went on to sexually assault the girl twice. He also convinced the woman to engage in a sex act with him while her daughter was present.

“They were resourceful and evaded his questions,” the judge said.

“The parents of the girls did not wish to subject them to provide victim impact statements, and they have accepted that no harm of a physical nature had come to them.

“However, it was a deeply concerning incident for the girls and their parents,” she added. 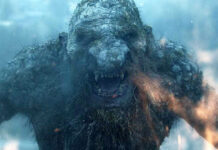 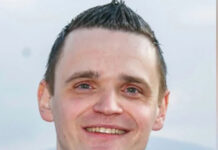 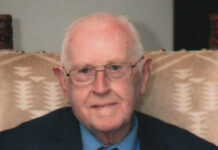