With the pact between the two coalition parties resulting in key positions being divvied up between them, their alliance has been criticised by those on the left of the political divide as contemptuous of the electorate.

Speaking at Limerick Metropolitan District’s first ever meeting this week, Cllr John Gilligan (Ind) commented, “Fianna Fail and Fine Gael have no intention of standing up to anyone. The Civil War is over. They have finally come together.”

Cllr Gilligan went on to point out that what the electorate wanted was ignored, with Cllr Quinlivan (SF) and his poll-topping landslide in City North, making him the obvious choice for mayor. He suggested that the top three candidates in each of the three city wards should be their first citizens for the first three years.

“I have nothing to gain by this proposal, but Fianna Fail and Fine Gael have excluded everyone else. They sit well together,” he said.

Although disappointed at not being elected Mayor, Cllr Quinlivan said he was not surprised at the carve up between the new FF/FG partnership.

“Nothing changes. There is no difference between Fianna Fáil and Fine Gael. We all see that now,” he declared.

First-time Fianna Fail councillor Sean Lynch claimed the pact with Fine Gael was made for the good of the city and county.

“We all have differences, but our main objective is working for the people of the city and county,” he said. 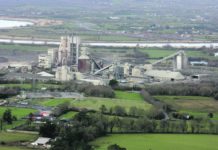 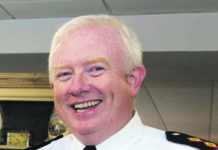 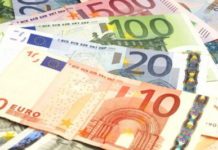 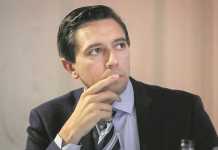