LIMERICK group/ music producers Delorean Suite were invited to play Sligo Jazz Festival recently with US bass player Chuck Rainey. Rainey is one of the best known session musicians in the business. He has recorded with Steely Dan, Quincy Jones, Donald Byrd and Aretha Franklin among many others, With The King Curtis All-Stars, he toured with the Beatles in the late 60s.
Chuck’s bass playing featured on DeLorean Suite’s classy house tune ‘Alone’ from 2013 album ‘Two Lives’. His parts were recorded in the US and the Sligo Jazz Festival was the first opportunity for Delorean Suite to share a stage with Rainey.
Limerick Post quizzed Tony Roche, percussionist from the band, on how the collaboration came about.
“Chuck is friends with Delorean Suite for a number of years and had expressed an interest in visiting and playing in Ireland. The Sligo Jazz Project invited him to be their guest of honour this year when project organiser Eddie Lee heard that Chuck had played on our album, he asked us to perform on the closing night of the festival. We were extremely honoured as the rest of the week’s line up was comprised exclusively of jazz musicians.”
It was Delorean Suite’s first time playing live with Chuck. I suggested to Tony that the live show must have been something special?
“He always said that the universe would bring us together in person. There was a special atmosphere on the night as the audience was mainly students and instructors from the jazz project itself. Playing to such a musically knowledgeable and responsive crowd was a remarkable moment for everyone. Even legendary jazz drummer Adam Nussbaum made an impromptu appearance on stage and began jamming with us! Chuck was eager to express his appreciation for the hospitality he received throughout his stay in Sligo and Limerick and is hoping to return soon.”
Delorean Suite return to live shows in October with a show in Dolan’s scheduled for Saturday October 3. The group is currently recording an EP and has confirmed that Chuck Rainey will be performing on the recording due for release with a UK label in the coming months.
Tony concludes, “The other collaborators on our album, Kat Rodriguez and Divinity Roxx of Beyoncé fame, have expressed a similar interest, so we’re aiming to organise a hometown gig next year where all three will be performing with the band. That should be a lot of fun.”
Stay in touch with these pages for any updates on a release date for the new music. 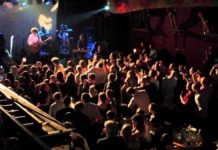 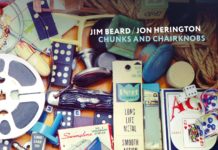