Home Lifestyle Entertainment Southwest All-Stars, We Move The Needle coming to a screen near you... 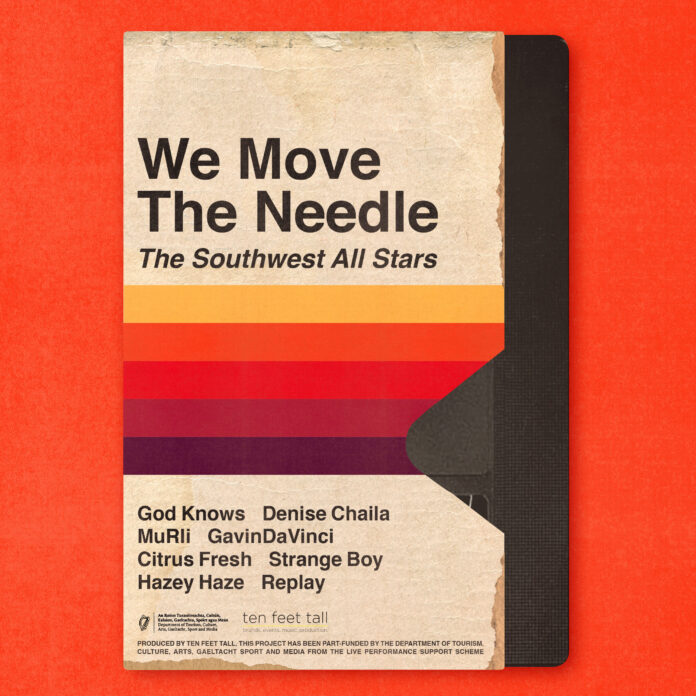 We Move the Needle is being shot in Limerick City where God Knows brings you on a musical journey featuring the biggest acts in the scene and invites you to exclusive live performances. We Move The Needle will air on screens in early 2021.

Featuring music from The Southwest All-Stars, We Move The Needle is a journey into Irish hip hop with the PX label and one of Ireland’s most exciting acts, God Knows. 2020 witnessed the breakthrough of many of the All-Stars to a wider audience, We Move The Needle will share their stories and music.

Produced by Ten Feet Tall, We Move The Needle will be filmed at the Limerick venue 1314 with director Stephen Hall.  Stephen Hall is an Irish Writer, Director and Cinematographer.

Ten Feet Tall are producers of some of Ireland’s most innovating music experiences including Red Bull Free Gaff, Anachronica at Electric Picnic and Dermot Kennedy Homecoming at Aloft Hotels.

Details on screenings of We Move The Needle, The Southwest All-Stars will be unveiled in the coming weeks.