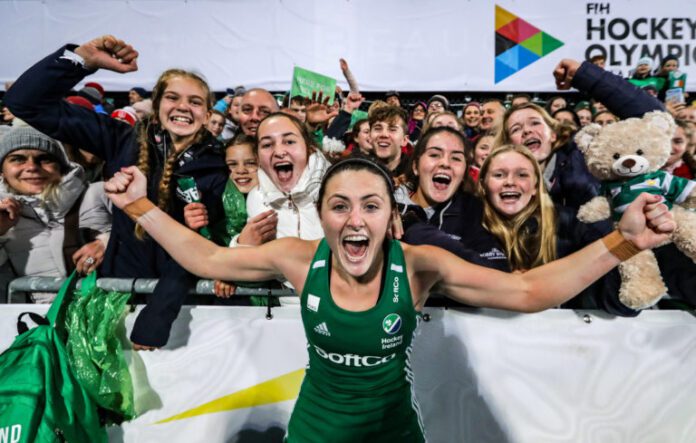 Upton is a part of the Irish Women’s Hockey Team who will be competing in a first ever Olympics.

Janesboro native and Irish hockey star Roisin Upton has become a highly important figure in Irelands defence, and will look to have a huge impact in their Tokyo Olympics campaign.

The 27-year-old who attended Crescent College also played Gaelic football for Mungret St Paul’s and football for Janesboro while she has won two schools Junior and Senior Cup titles apiece.

Upton was named the Munster and Ireland youth player of the year back in 2011 which in turn earned her a place in the University of Connecticut on a scholarship. She quickly became an important member of the college team as she played for the UConn Huskies, winning a 2013 and 2014 NCAA Division I Field Hockey Championship.

The Huskies were also aided greatly by her talents as they would go on to win four Big East Conference Field Hockey tournaments in a row between 2012 and 2015.The Limerick star was made captain for the 2014 campaign and would go on to be recognised in the running for the Honda Sports Award.

Once Upton had returned home, she resumed her passion for hockey, this time playing for the Cork Harlequins and reaching the 2017 Irish Senior Cup Final but ultimately losing out to UCD. She then returned to her former side Catholic Institute the following season and helped them to top tier promotion.

The primary school teacher also represented Ireland at the 2010 Youth Olympic Games before being selected in the years following by Graham Shaw in the Irish squad, however due to injuries Upton had to withdraw twice, both in 2015 and  January 2016.Upton would eventually make her first senior appearance against Scotland in November 2016.

In 2017 she was a highly integral member of the Ireland team that claimed victory in the 2016-17 Women’s FIH Hockey World League Round 2 tournament in Kuala Lumpur as they defeated Malaysia 3-0 in the final. Upton scored four goals in the tournament.

In 2018 she would go on to play for Ireland at the 2018 Women’s hockey World Cup, helping the side to achieve silver medals.

2019 was a memorable one for the Limerick native as she was Ireland’s top scorer in the Euros that year with an impressive four goals in five games.

Upton’s major honours will look to be built upon in this summer’s Olympic games in Tokyo. To her name so far the experienced star has a World League Round two Gold medal, a World Cup silver and in 2019 added the FIH Hockey Series silver to her growing collection.

Upton and the Irish Women’s Hockey team kick off their Olympic campaign this Saturday at 1.15pm against South Africa.

Check out the full schedule below. 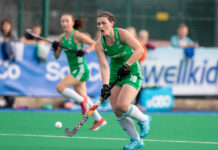