UNIVERSITY Hospital Limerick has said that processes are in place to ensure that all newly recruited doctors are subject to Garda vetting.

This follows a report in the Irish Times during the week, which said that an internal hospital audit into Non Consultant Hospital Doctors (NCHDs) had raised concerns.

The issues included the absence of Garda vetting for some doctors as well as the number of hours being worked by NCHDs in excess of the European Time Working recommendations. (EWTD)

The audit found that 15 out of 20 NCHDs at UHL reported working more than 48 hours a week, despite the EWTD which limits the working week to that period.

The extra time worked was from eight to 35 hours.

In a statement to the Limerick Post, a spokesperson for the UL Hospitals Group said that the 2019 national HSE audit related specifically to NCHDs who were in non-training posts. It examined six hospitals, including UHL.

The spokesperson said that the “internal audit included a number of recommendations, all of which have been implemented at UHL”.

“The 2019 audit found that Garda vetting was not in place for three of the 14 NCHDs sampled.

“In response to this, a process has been in place since the NCHD changeover in July 2020 to ensure that no NCHD can take up a post at UHL without the relevant Garda vetting clearance.

“Since last March, we have had a process in place whereby all NCHDs who have lived abroad in any country for six months or more from their 16th birthday must provide police clearance for each of these jurisdictions as per HSE police vetting policy.”

The spokesperson added that the average working hours are based on actual pay returns, taking into account EWTD working time calculations.

“It should be noted that this compliance rate is an average per grade of NCHD over all specialties, including Interns, Senior House Officers, Registrars, Specialistx and  Senior Registrars,” the spokesperson added.

Limerick hospital was worst for overcrowding in November 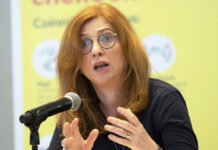