THERE are only 10 to 20 family doctors in Limerick City and County who have registered their willingness to provide abortion services.

And not all of those who have  registered are available to provide those services all the time, the HSE has confirmed.

The figures have been highlighted by the National Women’s Council (NWC) to mark the fourth anniversary of the repeal of the eighth amendment to the Constitution which allowed the provision of abortion services.

With it emerging that half the counties in Ireland have less than ten GPs willing to provide the service – and less than ten can mean just one – the NWC has called on the Government to address the lack of nationwide abortion services,  which they say is severely impacting women and pregnant people’s access to care.

Limerick is one of nine counties which have between ten and 20 GPs signed up, while just four – Cork, Dublin, Galway and Wicklow – have more than 20.

Explaining the nature of the GPs’ commitment, the HSE said: “Some 408 General Practitioners have signed the contract to provide a termination of pregnancy service.

“The HSE is satisfied that there is a good geographic spread of GPs taking part, enough to meet the needs of people who may need to access the service, with GPs providing services in each county.

‘In consultation with GPs, a decision was made to make participating GP details available by calling the ‘My Options’ helpline, rather than publishing a list of GPs.

“Due to GP availability and capacity to take additional patients, not all 408 GPs are on the ‘My Options’ list at any one time.”

NWC Director Orla O’Connor said that women and pregnant people from every county in Ireland need abortions. Four years on from Repeal, it’s not acceptable that the provision of care is so patchy and piecemeal, something which is particularly affecting rural areas.

“We need the Government to prioritise community-wide provision of abortion that allows for local, accessible care for all those who need it,” she added.

“Significant challenges remain in the current provision of abortion services. This includes mandatory wait periods and a restrictive 12-week gestational limit on early medical abortion. Barriers are also linked to the narrow definition of fatal foetal anomalies and the ongoing criminalisation of doctors, contrary to World Health Organisation (WHO) guidelines.

“It is critical that the Government uses the current abortion review to address these issues as an urgent matter for women’s reproductive health.” 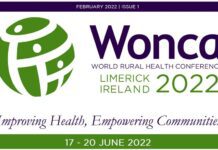 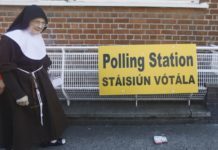 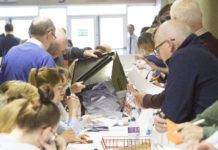 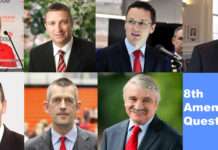 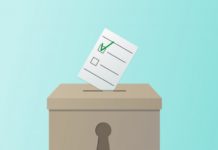