FIVE Limerick students and graduates have been awarded scholarships from the prestigious Fulbright Commission to study in the US in recognition of their excellence in academia.

Fulbright Scholar Awards were also presented to Dr Ciara Breathnach, Associate Professor of History at the University of Limerick; Sophie Ní Riain, who is currently completing her MA Gaeilge at UL as well as UL graduate and music lecturer Edel Meade.

A member of the teaching staff at the Irish World Academy of Music and Dance at UL, Edel Meade will be based at the California Jazz Conservatory in Berkeley for six months exploring the intersection between jazz and traditional Irish music and song under the mentorship of world-leading jazz educators.

Her research will culminate with a world premiere live concert performance in collaboration with Bay Area musicians next June in Berkeley, California.

The Fulbright Programme was established in 1946 and has been annually awarding Irish-US exchange scholarships for 65 years. The grants are awarded to Irish citizens to study, research, or teach in the US and for Americans to do so in Ireland in return. 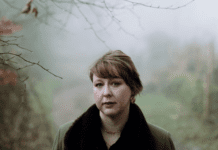 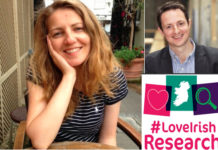