A LIMERICK entrepreneur is celebrating his company’s first corporate sponsor, which was announced at a recent unveiling at the University of Limerick.

David O’Shea’s company nTrai, which aims to make it easier and cheaper for sport enthusiasts to enjoy their sport and achieve their goals through crowd funding and online promotion, secured corporate sponsorship from Sensorpro for 400m hurdlers Thomas and Jessie Barr.

Mr O’Shea, who set up nTrai last September, said that he was “delighted” with the news and he is hopeful that other companies will follow Sensorpro’s lead and sponsor more of nTrai’s projects.

He said: “It is absolutely fantastic to have Sensorpro on board. I met with [Sensorpro owner] Christopher Byrne at an ITLG [Irish Technology Leadership Group] event in UL and I was telling him what we were doing.

“Hopefully this is the first of many corporate sponsorships and now that they have come on board, others might decide to get involved from the corporate side.

“Limerick’s Sarah Lavin would be a super option to have for a corporate sponsorship. She is breaking a series of Derval O’Rourke’s records and I’m sure that a Limerick company would be very interested in her.”

Lavin and the Barrs are among several projects currently being promoted by nTrai, which is working with a series of athletes and sports teams, as well as the Limerick World Club Sevens rugby tournament taking place in August. 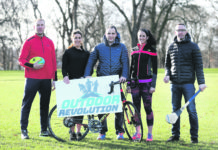 Kilcornan man Tomás gets Ireland active in the great outdoors 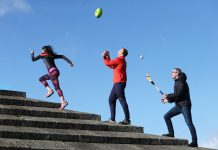