The best of Irish club rugby will gather at the Aviva Stadium next Wednesday 18th May as the Ulster Bank  League Awards will take place for their fourth consecutive year. The awards, which recognise and celebrate the dedication and commitment shown by players, coaches and teams, across all Ulster Bank League Divisions, will once again be presented by Irish international coach, Joe Schmidt.

The return of the awards comes on the back of Ulster Bank’s announcement earlier this year that they will remain title sponsors of the All-Ireland League and Official Community Rugby Partner to the IRFU until 2018.

The awards, which first began in the 2012/2013 season, have become an established event in the rugby calendar. The standard of rugby showcased throughout the Ulster Bank League continues to grow in stature every year and for some players in Division 1A and 1B it continues to be a fantastic platform for provincial academy players to prove their worth with many making the jump to professional rugby. Last year’s Ulster Bank Rising Star winner, Leinster Academy and Lansdowne player, Cian Kelleher, has made six appearances for Leinster to date with a move to Connacht on the cards as well.

This year’s Division 1A has been one of the most exciting to date. Last year’s heartache in the Ulster Bank League final for Clontarf became a distant memory as they reigned victorious over a strong Cork Constitution outfit to win this year’s title. Players who caught the eye this year consist of Conor Kindregan (Cork Constitution), Mick McGrath (Clontarf) and Ger Slattery (Young Munster) who have all been selected as nominees for the ‘Division 1A Player of the Year Award’.  Clontarf lead the way in nominees with Head Coach, Andy Wood, and outhalf, Joey Carbery, also nominated across various categories.

Speaking ahead of the Ulster Bank League Awards, Ulster Bank Rugby ambassador, Stephen Ferris commented; “This is the first year I have been involved in the Ulster Bank League Awards and I am really looking forward to them. The Division 1A final between Clontarf and Cork Constitution at the Aviva Stadium at the weekend showcased some top level rugby demonstrating the importance of club rugby for the development of the sport in Ireland. It is fantastic to see players rewarded, across all divisions, for their ongoing commitment and dedication throughout the season and all those who have been nominated should be very proud of themselves.”

The Ulster Bank League Awards take place next Wednesday 18th May in the Aviva Stadium. For more information go to www.facebook.com/ulsterbankrugby. 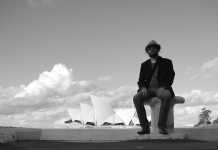