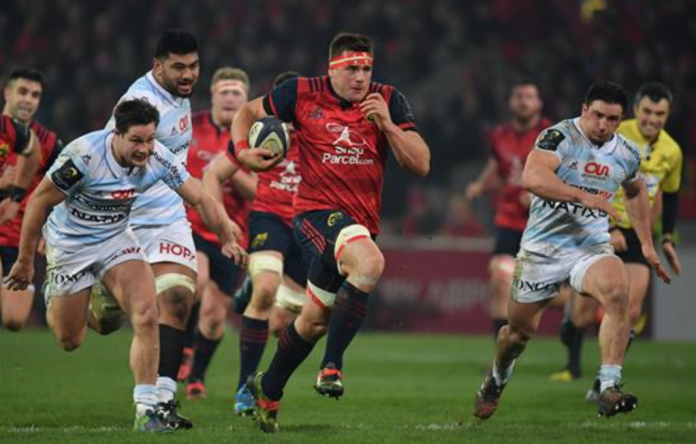 MUNSTER Rugby secured a home quarter final in the Champions Cup this evening, with a 22-10 win over Racing 92 of France at Thomond Park.

Rassie Erasmus’ men struggled at times in the opening half to create any type of continuity of play. However, a Simon Zebo try just before half time calmed the nervous, capacity, crowd.

A second half, which was more entertaining than the scrum filled first, saw Ronan O’Mahony and Ian Keatley score Munster’s second and third tries which secured second spot in the seedings with a home quarter final on the weekend of March 31, April 1/2.

With Connacht to play Toulouse tomorrow, only one of the four quarter finals is now confirmed with Clermont meeting Toulon as first and eight seeds respectively.

As it stands – Saturday night at 8pm